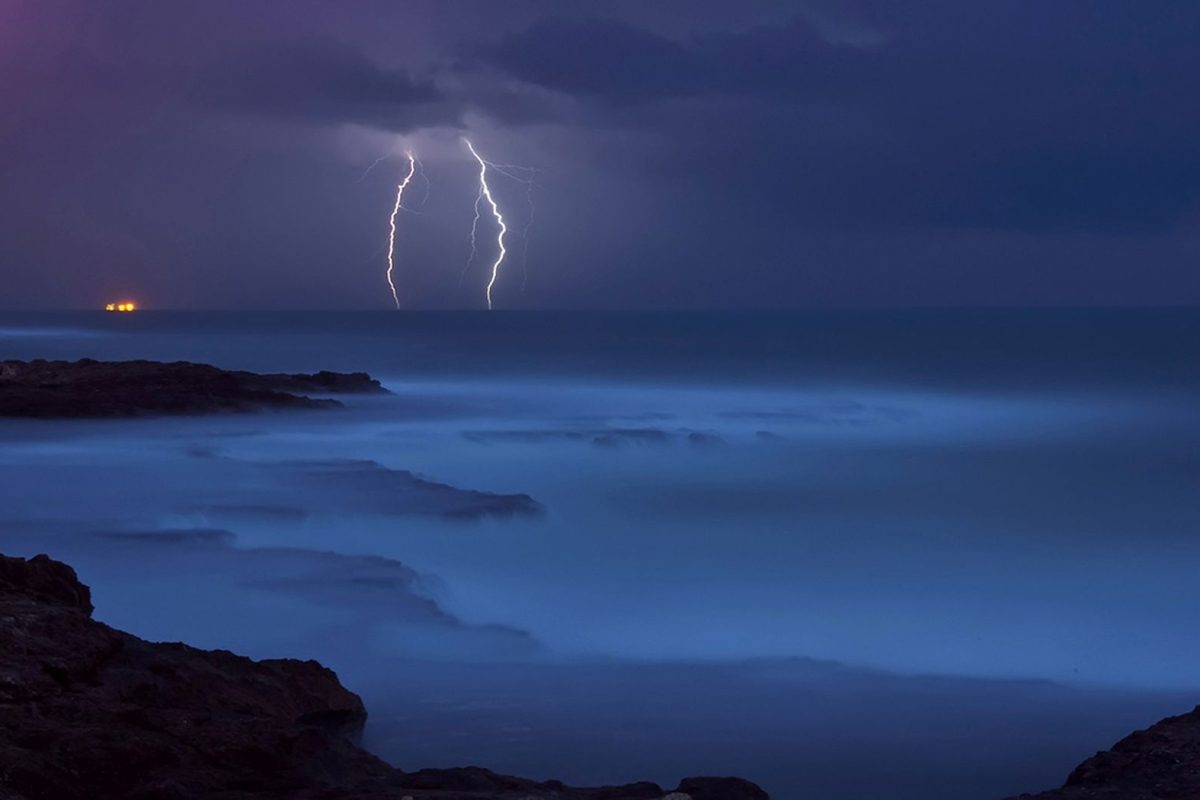 Fog consists of various types depending on the process that the cooling took place to induce the condensation of the water vapor. Some of the fog types are:

The coastal sea fog belongs to the latter type; the advection fog.

How does Haar then form?

Haar is the Scottish name that is used for the coastal fog that forms over the North Sea during this period indicating the start of summer.

Vessels that travel the North Sea in the summer months should have encountered this type of fog. It starts from the sea but it can easily penetrate into the port and further in land.

East of the United Kingdom is the North Sea. North Sea is a relatively cold sea.

During the summer months, and when southeasterly winds blow, warm and moist air from the continent passes over the cold North Sea. The cold air then over the sea cools the warm air above it so the warm air cannot hold its moisture any more and condenses to cloud which is the fog we see.

Haar usually takes place during spring and summer months when air starts to warm up but the sea stays relatively cold. In the pictures below, it’s the Haar ‘live’ at the Aberdeen beach. 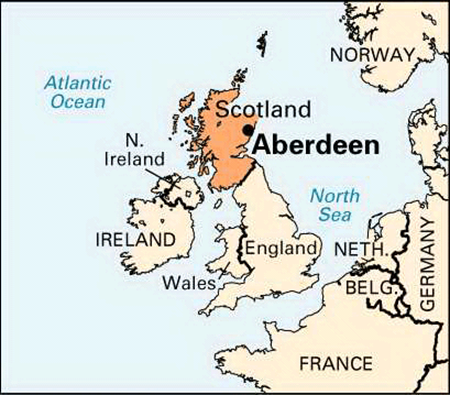 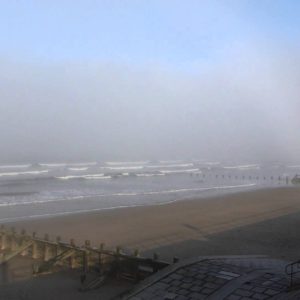 There are occasions when Haar can penetrate from near the coast to further inland and then the whole city can be covered by a fog blanket.

There are a few conditions that need to be met in order to have the Haar spreading into the city. These are:

When moderate (around 15kts) easterly winds prevail, then the sea fog can spread into the land. However, if the land surface temperature is high, fog can disperse before it penetrates a lot into the city as the air warms up. On the other hand when the land temperature is low, fog can move further into land to cover the city. The latter usually takes place after sunset when the land surface cools down. This is the time when we actually see the Haar out of our windows. During the day it stays over the sea near the coast, as sea is cooler than the land, but after sunset it reverses and Haar moves towards the land as now land is cooler than the sea! 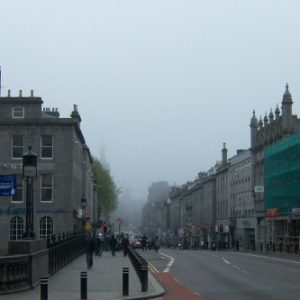 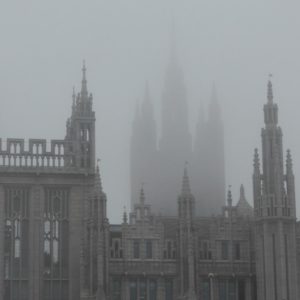 All types of fog consist a stable layer through the atmosphere whereas showers and thunderstorms that can also happen quite often during summer months consist on the other hand a more unstable atmospheric situation. Additionally, fog starts over the sea in summer whereas thunderstorms start over the land. They are usually associated with huge cumulonimbus clouds in rapid development. 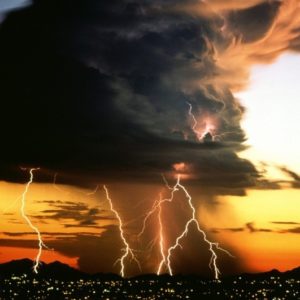 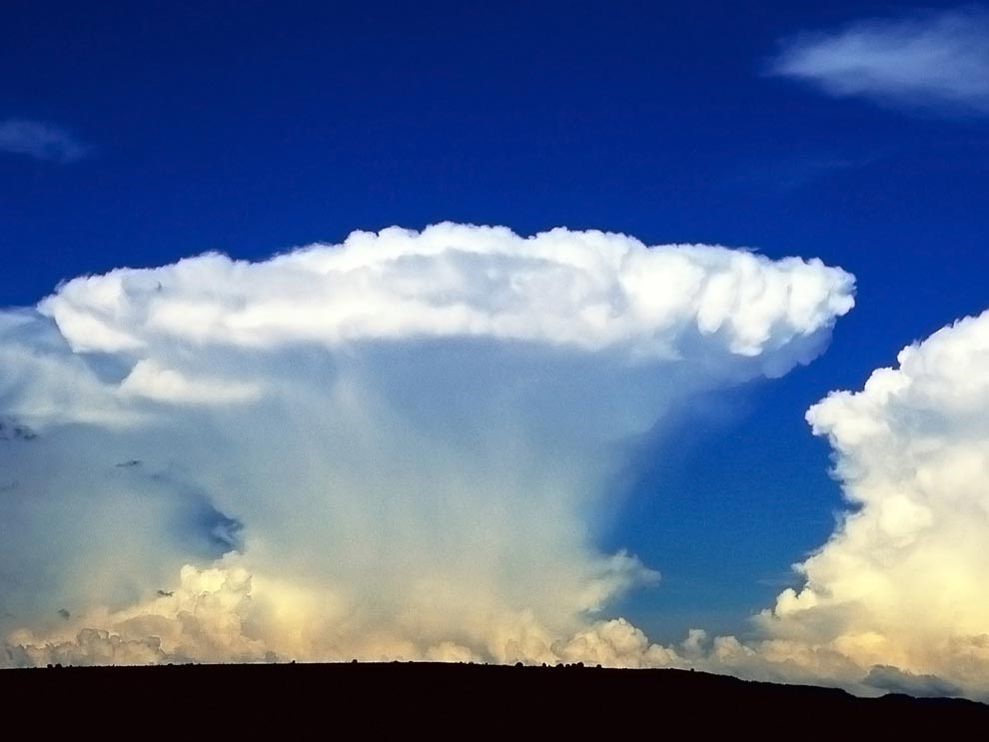 I am sure all of us wonder sometimes what type of clouds are in the sky. We are asking questions like: ‘Will they bring rain or not?’, ‘Will they disperse soon for the sun to come out again or not?’, ‘Will it start to become dark and windy?’ etc. However, the answers to these questions vary and highly depend on the type of clouds we have in the sky.

There are different and quite numerous types of clouds and of course not all of them bring rain/snow/hail. The most fascinating cloud to talk about and at the same type the most dangerous one is the Cumulonimbus (CB) cloud. Meteorologists usually refer to this cloud as the ‘cloud king’! I am pretty certain that you’ve heard about this cloud before but you weren’t sure of why this is so dangerous and what weather conditions is associated with.

Let’s try to understand its role to our weather when it appears on the sky and why it is called a ‘Cloud King’.

Firstly, the world Cumulonimbus stems from two Latin words. One is cumulus (means ‘heap’) and the other one is nimbus (means ‘rainstorm’).

Cumulonimbus clouds start to form when convection takes place in the atmosphere. This is the forced upward motion when hotter and so less dense air lies above the ground.

The first clouds that start to form are the Cumulus clouds which can grow and expand even more to form eventually the CBs.  CBs are massive and huge vertical clouds which store energy similar to the energy of 10 Hiroshima-sized atom bombs! 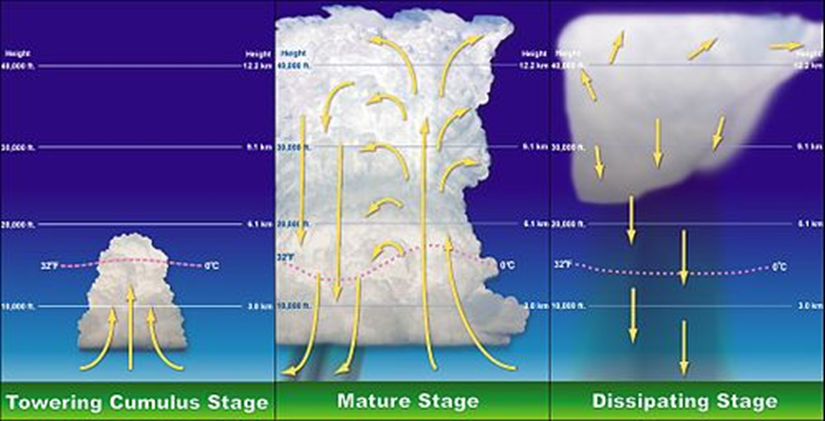 They are associated with severe weather such as torrential downpours, hail, lightning and thunderstorms. Individual CB cells last for about one hour and then dissipate with the rain produced characterised as short-lived. However, multi-cell storms hold lots of CB clouds so intense rainfall is expected to fall for much longer.

We’ve discussed before that thunderstorms and lightning are associated with CBs and we also know that they usually come together with heavy rain.

There are some occasions, though, when we can have huge CBs and lightning but with no rain reaching the ground. This thunderstorm is known as a dry thunderstorm.

Dry thunderstorms usually occur in places where there have been dry conditions for a while during hot summer months.  As the air is very hot and dry, the falling water from the CB evaporates before it reaches the ground. The lightning, however, can reach the ground and this can cause severe wildfires. Additionally, strong gusty winds that occur nearby the CBs can intensify the flames causing the firestorm to spread more quickly.

Southern European countries are prone to forest fires during dry summer months and this is what happened to Portugal in summer 2017 where the temperatures were around 400C.

Fire started in a wooded region 150km northeast of Lisbon and the result was the death of at least 60 people, most of them trapped in their cars. The Prime Minister of Portugal called it the ‘biggest tragedy of human life that we have known’. 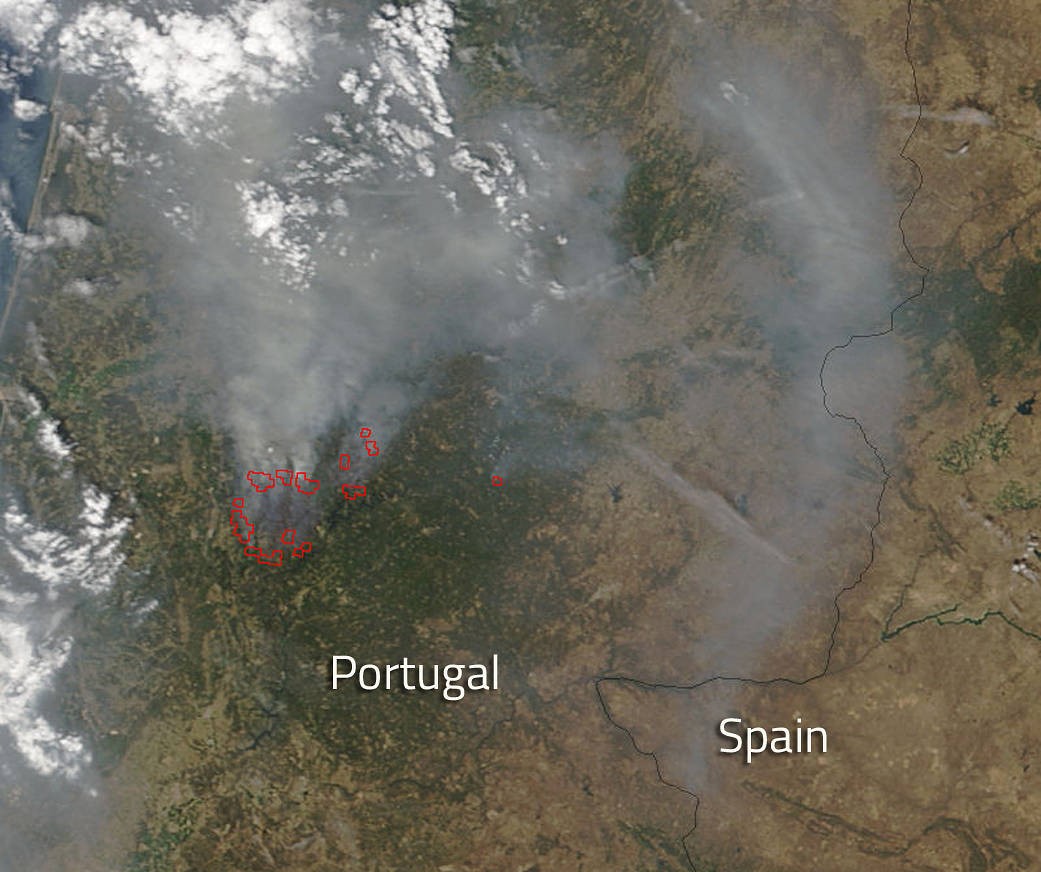 The satellite image above shows the smoke of the massive fire spreading into Spain as well.

Below you can find a couple of pictures from the news about this tragedy: 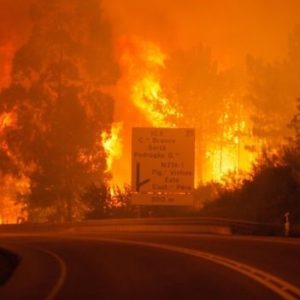 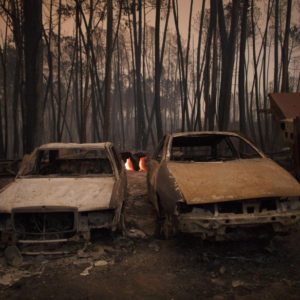 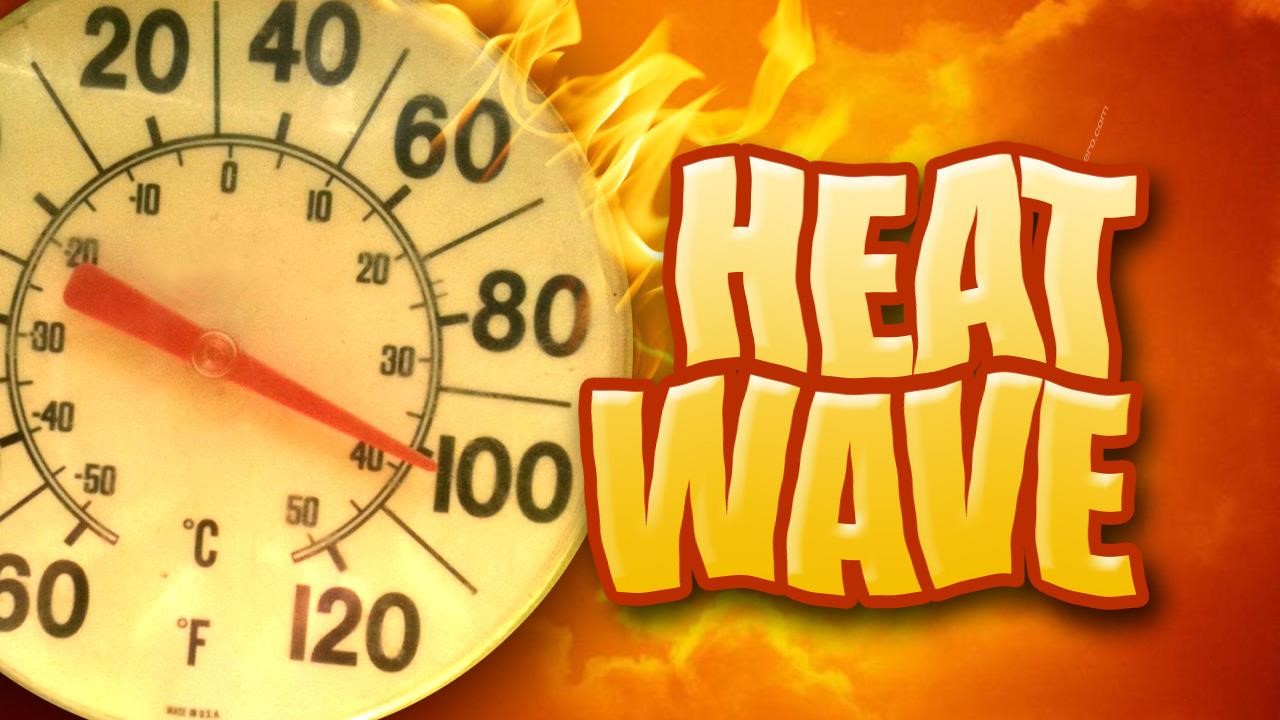 As temperature picks up in Greece this week and is expected to reach 37-38 degrees Celsius over the weekend while it is still May, it’s good to define the term ‘heatwave’ as it will be referred in the news quite a lot these days.

So, how do we define a heatwave?

Heatwave is a period of abnormally hot weather compared to the expected weather of the area at that time of year. It is also usually associated with high humidity.