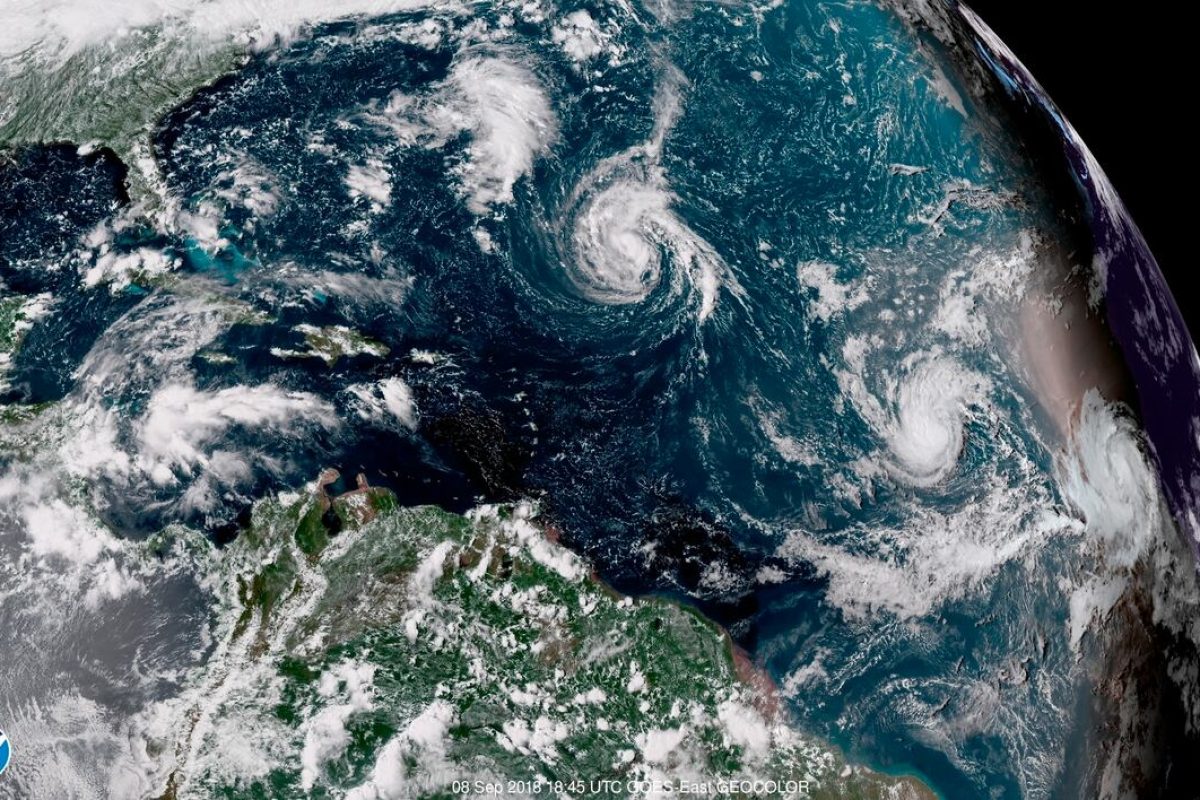 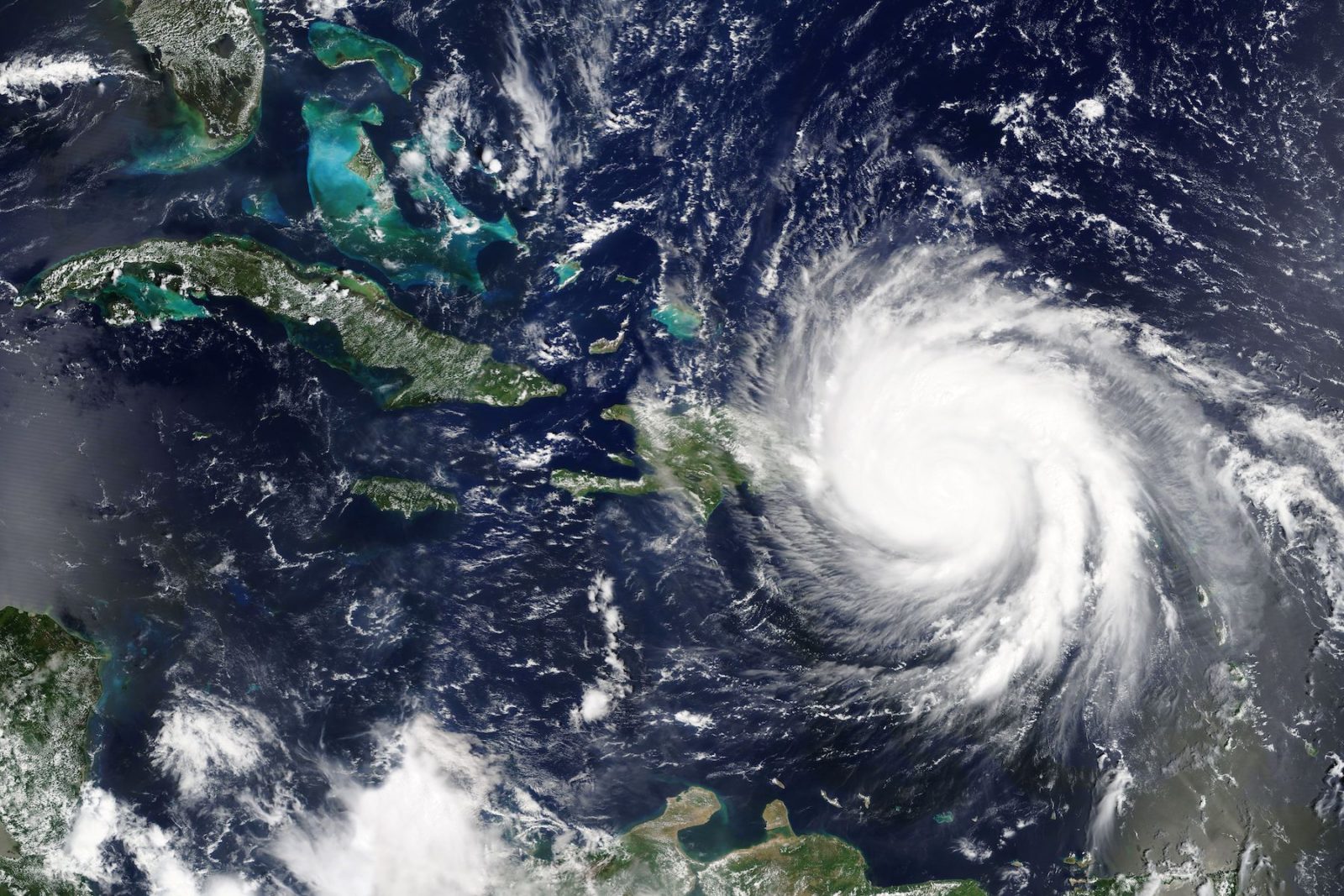 Tropical cyclones are classified as follows:

– Hurricane: A tropical cyclone with maximum sustained winds of 74 mph (64 knots) or higher. In the western North Pacific, hurricanes are called typhoons; similar storms in the Indian Ocean and South Pacific Ocean are called cyclones.

– Major Hurricane: A tropical cyclone with maximum sustained winds of 111 mph (96 knots) or higher, corresponding to a Category 3, 4 or 5 on the Saffir-Simpson Hurricane Wind Scale.

According to the Saffir-Simpson Hurricane Wind Scale in use in the Caribbean Sea, the Gulf of Mexico, the North Atlantic Ocean and the eastern and central North Pacific Ocean, the hurricane strength varies from Category 1 to 5:

– Category 1 hurricane is referring to the hurricane with maximum sustained wind speeds of 119-153 km/h.

– Category 2 hurricane is referring to the hurricane with maximum sustained wind speeds of 154-177 km/h.

– Category 3 hurricane is referring to the hurricane with maximum sustained wind speeds of 178-209 km/h.

– Category 4 hurricane is referring to the hurricane with maximum sustained wind speeds of 210-249 km/h.

The tropical cyclone draws its energy from the tropical ocean where it develops. It has a low pressure center and clouds circling towards the eyewall surrounding the ‘eye’. The ‘eye’ is the central part of the system where the weather is usually calm and cloud-free. Its diameter is about 200-500km but can extend to 1000km. If the tropical cyclone is of a certain strength and above, it usually takes a name in the interests of public safety.

As mentioned before tropical cyclone is also called typhoon, hurricane or just cyclone. This depends on the location it forms. More specifically:

– In the Caribbean Sea, the Gulf of Mexico, the North Atlantic Ocean and the eastern and central North Pacific Ocean, such a weather phenomenon is called “hurricane”

– In the western North Pacific, it is called “typhoon”

– In the Bay of Bengal and Arabian Sea, it is called “cyclone”

– In the southwest India Ocean, it is called “tropical cyclone” 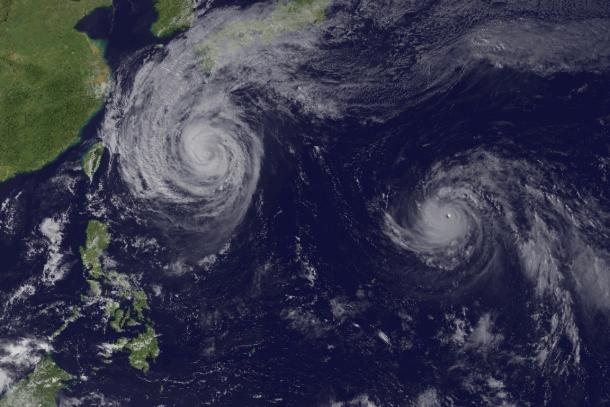 Tropical cyclones can cause significant impacts on life and property such as storm surge, torrential floods, extreme winds, tornadoes and lighting. Winds generated from tropical cyclones may reach speeds in excess of 300 km/h. The combination of wind-driven waves and the low pressure of the cyclone can create a coastal storm surge. Storm surge is a huge volume of water driven towards the shore at high speed and with such force that can demolish structures in its path and induce a general quite significant damage to the coastal environment.

The impact of a tropical cyclone and the expected damage does not depend just on wind speed, but also on factors such as the moving speed, duration of strong wind and accumulated rainfall during and after landfall, sudden change of moving direction and intensity, the structure (e.g. size and intensity) of the tropical cyclone, as well as human response to tropical cyclone disasters.

The World Meteorological Association assigns names to storms whose wind speeds exceed 39 mph (63 km/h) – that’s the threshold at which a cyclone is considered a tropical storm. WMO maintains rotating lists of names which are appropriate for each tropical cyclone basin. If a cyclone is particularly deadly or costly, the name used is retired and replaced by another one. As there can be more than one tropical cyclone in a region and at the same time lasting for a week or more, weather forecasters started giving names to each one of them to avoid confusion. The names given are in alphabetical order (e.g. with ‘A’ starts the first cyclone of the year) and they are alternated between women and men’s. The name list is proposed by the National Meteorological and Hydrological Services (NMHSs) of WMO Members of a specific region, and approved by the respective tropical cyclone regional bodies at their annual/bi-annual sessions. Six lists are used in rotation. Thus, the 2019 list will be used again in 2025. The only time that there is a change in the list is if a storm is so deadly or costly that the future use of its name on a different storm would be inappropriate for reasons of sensitivity. If that occurs, then at an annual meeting by the WMO Tropical Cyclone Committees, the offending name is taken out from the list and another name is selected to replace it. Infamous storm names such as Mangkhut (Philippines, 2018), Irma and Maria (Caribbean, 2017), Haiyan (Philippines, 2013), Sandy (USA, 2012), Katrina (USA, 2005), Mitch (Honduras, 1998) and Tracy (Darwin, 1974) are examples for this.

The names given should be familiar to the people living in each particular tropical cyclone basin. Obviously, the main purpose of naming a tropical cyclone/hurricane is basically for people easily to understand and remember the phenomenon and thus to facilitate tropical disaster risk awareness, preparedness, management and reduction. 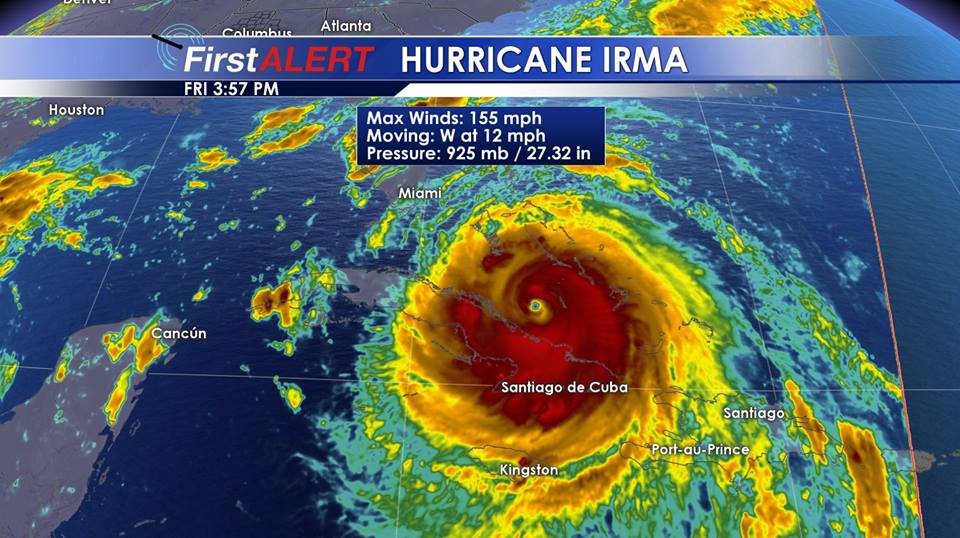 Most of the tropical cyclones leave behind widespread devastation both in peoples’ lives as well as financially. This has led lots of people question whether climate change is increasing the frequency and intensity of such phenomena. Most scientific models predict future decreases in the quantity of global cyclones however, increases are projected in the intensity of the strongest cyclones. The Category 4 and 5 may increase by 0-25% with an associated increase in rainfall. Sea level rise due to climate change will contribute to the increase of the storm surge events induced by cyclones. Storm surge flooding is highly likely with global warming so coastal regions where the cyclones occur remain vulnerable.

Below, there is a list of some of the most notable tropical cyclones recorded to remind us the need for improved impact-based multi-hazard early warning systems, mitigation measures and well prepared staff at risk to take quick effective action to save lives.

– Hurricane Harvey (2017) was the wettest hurricane to hit the USA with an observing station in Texas recording over 64″ (1640 mm) rain.

– Patricia (2015) was a Category 5 hurricane in the eastern North Pacific with 1-minute average winds of 215 m.p.h. and a central pressure of 872 mb. It was the strongest recorded tropical cyclone in the western hemisphere.

– Cyclone Pam (2015) was one of the most intense southern hemisphere cyclones recorded with an estimated central pressure of 896 mb. It caused much destruction and loss of life as it passed through the islands of Vanuatu in the South Pacific.

– Sandy (2012) was the second most costly hurricane on record, after Katrina, causing $71 billion in damage on the eastern seaboard of the USA.

– Katrina (2005) caused an estimated 1500 deaths and it was the most costly hurricane on record causing an estimated $108 billion in damage in Louisiana and Mississippi.

– Hurricane Wilma in 2005 was the most intense hurricane recorded in the North Atlantic, with an estimated central pressure of 882 mb.

The most deadly tropical cyclone ever recorded hit Bangladesh in 1970 killing approximately 300,000 people as a result of the storm surge.